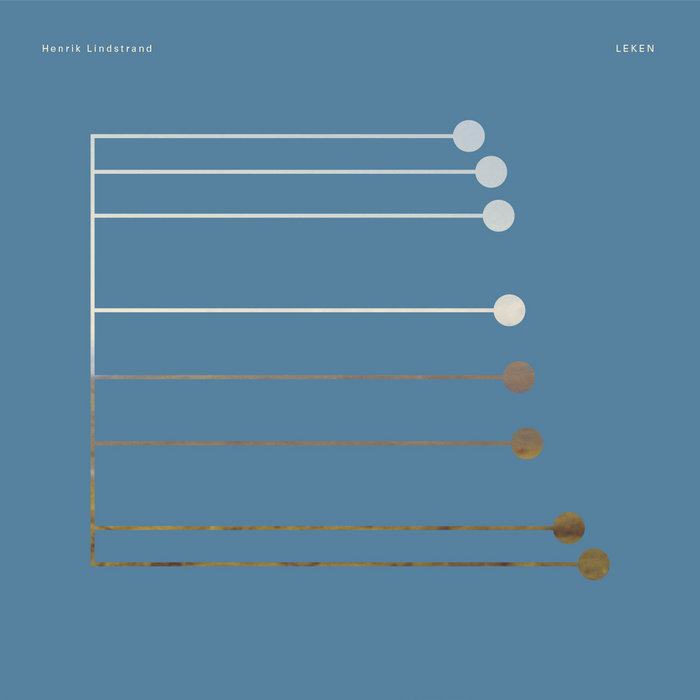 sehrsehr Thank you bandcamp.com/petersrdic for letting me stumble upon Henrik Lindstrand when you bought one of his releases.

Sleeve note (made by Robert Lund):

For musician and composer Henrik Lindstrand, it has taken forty years, almost to the second, to achieve full circle, finding himself re-seated in front of his childhood-home piano in Sweden. The first time Lindstrand occupied that bench he was three years old. This time around it was another first - the recording of his solo album.
During this circular motion, Lindstrand has managed to compile an equally impressive and eclectic resume, in which a lengthy and diverse post-conservatory list of sideman positions lead to him being adopted into Danish act Kashmir, one of Scandinavia ́s most prominent and acclaimed bands with seven albums to their name.
During his tenure in Kashmir and until the band ́s recently initiated hiatus, Henrik Lindstrand worked with seminal profiles such as Tony Visconti, Andy Wallace, David Bowie and Lou Reed, all the while maintaining a career as a composer for television and cinema.
More often than not, Lindstrand ́s live and studio work would push him towards multi-instrumental roles which called for an alternative approach avoiding the simple and the obvious, seeking out abstract sonics.
Following the pause from band dynamics and in the wake of an intensive string of film scoring projects, Lindstrand suddenly found himself drawn back to the basics of the piano, experiencing a rejuvenated love affair with this, his first instrument.
In January 2017 Henrik Lindstrand booked a day ́s worth of studio time in Copenhagen ́s The Village. Here he spent eight hours at the studio ́s Steinway D concert piano, recording the skeleton of his first instrumental album, straight to 2-inch tape with the help of engineer August Wanngren. The central dogma of the album limited Lindstrand to using pianos as sound sources, and during the following months he added to the guttural Steinway base tracks, using a combination of prepared piano and samples, all performed on some of the most influential instruments of his life: the aforementioned childhood-home piano, his grown-up home piano and the upright used for Kashmir albums and concerts.
Henrik Lindstrand has titled his debut Leken. It is the name of a lake in his native Sweden that holds a special meaning to him (coincidentally Leken also translates to the game in Swedish) and the choice speaks volumes. The album echoes his cinematic background and can in part be understood as a companion to a non-existing Lindstrand documentary, as evident in the track names, practically geo-tagging key locations from his past and present life. At the same time, the album comes from a tradition of Nordic free improv, and throughout its duration Lindstrand maintains a balance of melodic structure that has been carefully loosened to avoid overtaking the listeners ́ own storyline and imagery.
For an album that has been forty years in the making, Leken feels surprisingly present and crisp in its immediate delivery and Lindstrand ́s intention of recording a personal document is obvious in every composition.

Bandcamp Daily  your guide to the world of Bandcamp

New sounds from Mavi, Ivy Sole & Moderator, plus AJ, the One joins the show, for her latest release